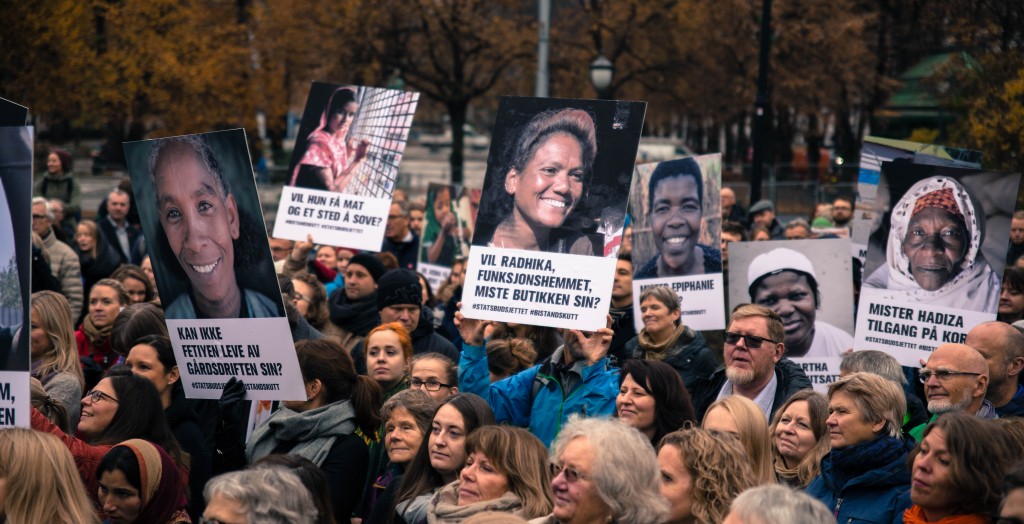 The Norwegian government recently suggested to decrease the foreign development aid with as much as two thirds.  Last week, more than 160 organizations gathered for a protest in front of Parliament. Among the organizations were Digni and all our members.

“This is not about us, but the millions of poor and vulnerable children, women and man around the world who will suffer. We speak on behalf of them now”, was the message from the organizations.

“The proposed cuts are both short term and unwise. The biggest cut occurs in support to civil society and those who fight for human rights in other countries. Never before have so many Norwegian organizations been united in criticism against the government”, tells Dignis Secretary General Jørn Lemvik, along with many other leaders.

The organizations also submitted a document to the parties in the parliament which states clearly what consequences a decrease in funding will mean.

– Just whithn the Digni-network we fear that a cut of two-thirds may affect as much as 6.7 million people, says Lemvik.