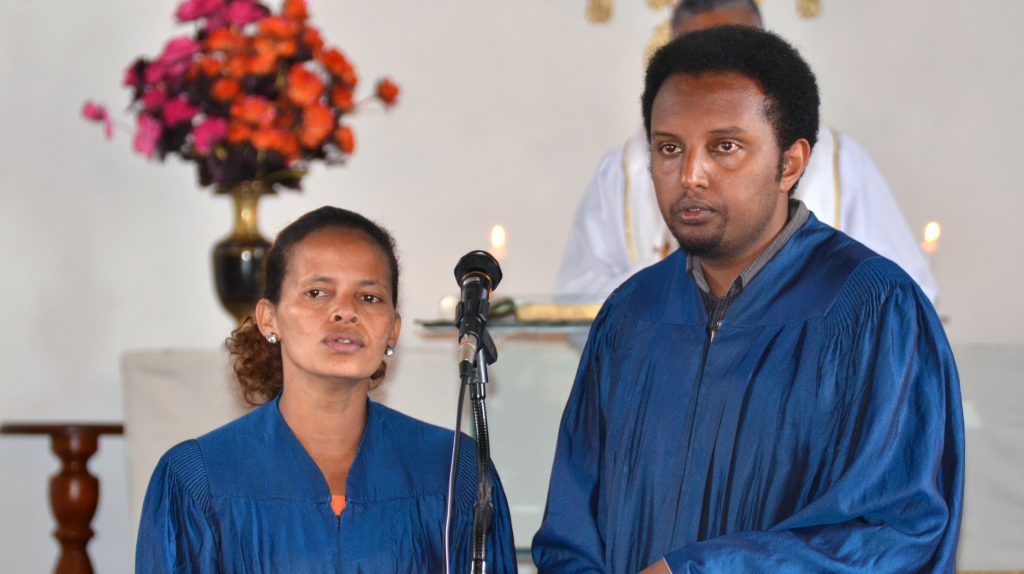 The book “The Common Threads in the Fabric of Society” (Trådene i Samfunnsveven) will soon be launched in connection with this year’s 500-year anniversary of the birth of Lutheranism. The book focuses on the impact the Reformation has had on the development of Norwegian society and the emergence of the Norwegian welfare state, as well as on the church in Norway and its mission organizations’ work in the global south. There are many things for us to be proud of.

Nils Ivar Agøy writes about how both Martin Luther and Hans Nielsen Hauge emphasized the “universal priesthood” of all believers – that no one stands closer to God than anyone else – especially in terms of one’s education level or position in society. An important result of this thought was the translation of the Bible and other edifying texts into the vernacular language of the people. Schools were established by these movements, and young people were encouraged to think both independently and critically. Agøy believes that this was an important element in bringing Norway from an autocracy to a democracy.

Hans Nielsen Hauge also emphasized the concept of equality, challenging Christians to engage themselves in politics, in order to ensure that the material blessings God has bestowed on Norway would be managed with integrity. Hauge also stood for a social revolt against the powers of oppression ruling the nation at that time. When the Konventikkelplakaten was revoked in 1842 (the royal ordinance giving priests a monopoly in leading Christian assemblies), thousands of mission unions sprung up across the country that focused on mission work both within and outside of Norway. These unions created an intense engagement in the people and became places where democracy fomented.  Agøy writes that, though this lay movement had certain, rather heavy and restrictive elements attached to it, it was by all intents and purposes a positive force in the democratizing and modernizing of Norwegian society.

The work of these unions was decisive for the promotion of equality and the fight for social justice in Norway. Christian unions rallied to establish schools, simple healthcare, orphanages, soup kitchens and homes for alcoholics. When legislation established the Norwegian social system at the end of the 1800s, the unions released these social works into the hands of the government, believing it to be best suited to operating these works, and through these works to secure equal rights for all people.

Digni’s Jørn Lemvik writes in the book how the battle against the powers of oppression and the battle for equality in Norway became a model and inspiration for Norwegian foreign missions. Norwegian mission societies wanted to share with all people – including people in the global south – that God created everyone equal. They promoted this thought internationally by starting health stations, schools and agricultural schools, and by strengthening the position of women in the work of helping others toward a better life. They challenged injustice in countries where many people suffered under the oppressive rule of the power elite – the same conditions Norway had suffered under just a few years before.

Norway’s first mission organization, the Norwegian Mission Society, was established in 1842. From the very beginning, the Society did diaconal work alongside its missional work. This was more than 100 years before the Norwegian government established Norad to systematically work in the battle against poverty in the 1960s.

We still see how development work done by churches can be a major agent of change in society. In Digni’s network alone we have a number of examples of how religious actors were able to stop the practice of female circumcision by simply asking the question, “Does our holy scriptures tell us to do these things to women?” The answer is no, which has in many instances completely turned the situation – a situation that the governing authorities had fought against for many years without success.

There can be found no ideology or organization which has not contained elements of power abuse – not even in Christian missions. Yet the mission movement still has much to be proud of. In connection with the Norwegian parliamentary election in 2013, Jan-Olav Henriksen, professor at the MF Norwegian School of Theology in Oslo, did research on how the various political parties in Norway spoke of religion. He concluded that religion is generally seen as a problem, as a challenge that modern society should work to set itself free from. In such a negative debate climate, it is important that we remind each other and those around us about how Christianity has positively contributed to the development of society – both in Norway and in the global south.