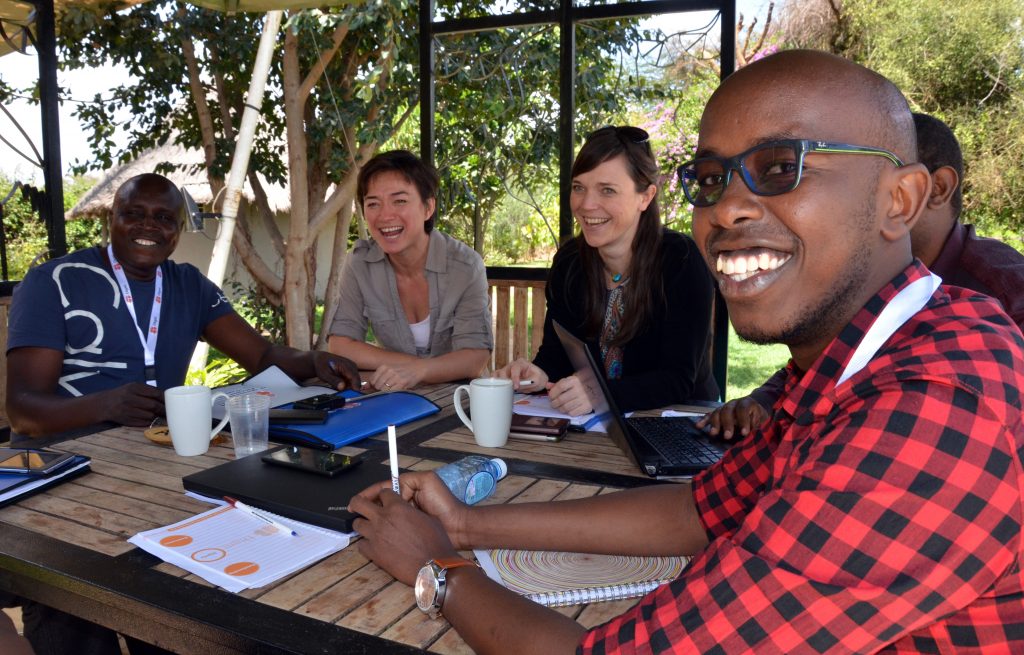 64 participants from Digni’s member organizations in 13 countries attended our network meeting in Nairobi November 29 to December 3 this year. 11 of our 20 member organizations sent their representatives, and they were from the following countries: Kenya, Ethiopia, Norway, Swaziland, Uganda, Sierra Leone, Liberia, Somaliland, Palestine, Tanzania, Lesotho, DR Congo and Botswana. Digni works in 35 countries, and every second year we meet our member organizations and their partners on the different continents where we work in development.

Ownership
The following topics were on the agenda: presentation of all the projects represented at the network meeting, conflict sensitivity, the role of civil society in development work, discussion of Digni’s new strategic plan and Digni’s reporting systems.

Bishow Samhika from the Salvation Army, currently works in Kenya. He attended the network meeting for the first time. He especially took notice of one thing.

– It was very useful to see that you have a culture of sharing ideas. When Digni presented their draft for a new strategy and asked for our opinions, I felt that I was a part of it and I felt ownership, he said and added on saying.

– You created a platform where we could learn from each other. It was especially useful to hear the presentations from other projects.

New connections
Samhika believes that the in depth knowledge he gained about Digni’s reporting system, will make his job easier.

– Now that I have a better understanding of what you are looking for, it will be easier to write project proposals, he said.

Project Advisor in the Pentecostal Foreign Mission of Norway, Ingrid S. Østhus, appreciated to get many new connections.

– It was very useful to meet in person. I learned far more from this, than if we had studied the same topics just by ourselves. It was interesting to hear which challenges other projects have, and we also got many connections which will make it easier to contact projects which are similar to us, by later occasions, she said.