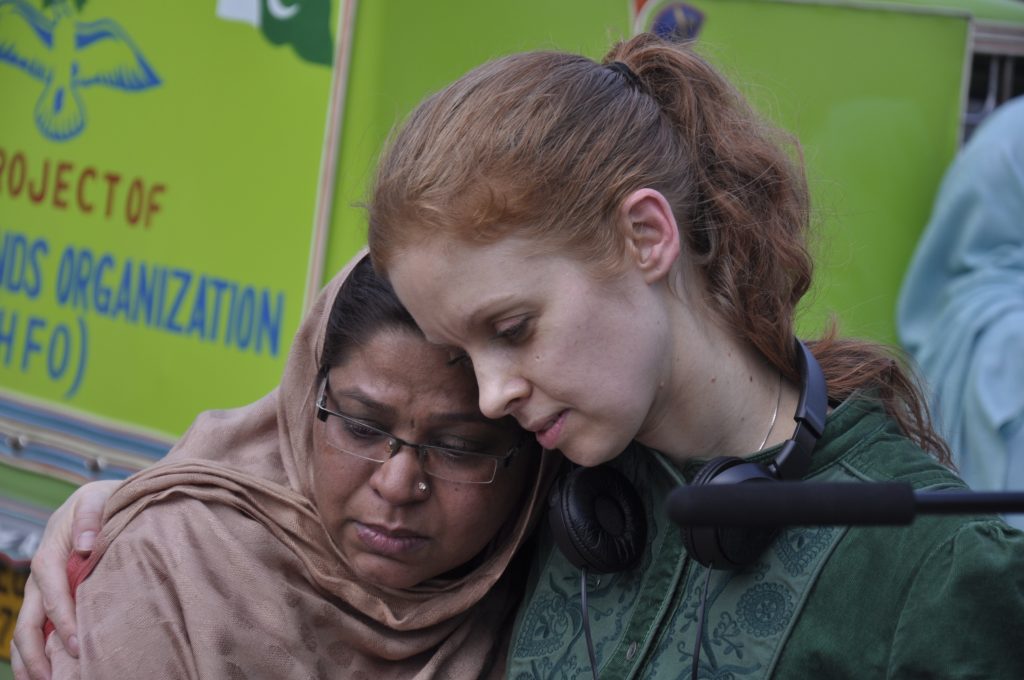 In the documentary Fighting for the Freedom of Faith, which can be found on YouTube, we meet a representative from Human Friends Organization (HFO), which is the Pakistani cooperating partner for Digni’s member organization Stefanus Alliance. We learn how Pakistan’s blasphemy laws have led to the imprisonment and torture of many people, as well as violent sanctions imposed on them by extremists in society. In the film we meet people like Younis, a family man who sat in prison for seven years before he was acquitted by the Supreme Court in April 2013. He speaks about having experienced severe torture and murder attempts while in prison. We also meet representatives from a church that experienced an attack by a suicide bomber in March 2015.

The situation for Christians in Pakistan was again in the news after at least nine Christians were killed when a suicide bomber attacked a church in Quetta in the province of Balochistan just before Christmas.

Thea Elisabeth Haavet, Stefanus Alliance’s film and development producer, filmed and produced the new documentary. Thea Elisabeth is seen in the picture above together with a mother who lost her child during a recent terrorist attack. She has followed the situation for Christian Pakistanis for a long period of time.

“Unfortunately things are going in the wrong direction due to the increase in extremism. The attack [just before Christmas] was the first directed against a Christmas event. There have been many attacks during the Easter holidays,” states Thea Elisabeth.

“Do you think we will see more of these kinds of attacks during the Christmas holidays?”

“There is always a danger that this can happen again. Christians in nations such as Pakistan, Nigeria and Egypt always live with this kind of uncertainty. But they won’t allow themselves to be frightened from going to church – quite the opposite,” says Haavet.

Over 200 million people live in Pakistan, making it the seventh most populous nation on earth. The nation is the second-largest Muslim nation with 96.4% of the population being Muslim and just 3.6% coming from religious minorities. The 1998 census counted 2.7 million Christians, though the Christians themselves are convinced that the number is much higher.

The controversial blasphemy laws in Pakistan judge a person to life in prison for insulting the Quran, and a death sentence for insulting the prophet Mohammed. According to Stefanus Alliance, no one has yet to be executed on blasphemy charges by the government, but dozens of people accused of blasphemy have nonetheless been killed by extremists. Even those who have been acquitted by the court system have had to ‘go underground’ for fear of the extremist groups. Haavet knows of many examples when a mob of people has attacked those who have simply been accused of blasphemy, attacking their families, also.

“It has happened that, when someone is accused of blasphemy in the local community, a whole mob attacks them and their families. Even an entire Christian community has been attacked when one Christian person has committed blasphemy, burning down all of their houses. A couple of years ago a married couple was killed by a mob after such accusations – even before the case was registered with the police. So it’s not just acquitted victims of the blasphemy laws that are in trouble,” she explains.

HFO works under the principle ‘Clara’, which stands for counseling, legal assistance, rehabilitation and advocacy. Those who have lost loved ones to a suicide attack receive treatment for trauma through the help of psychologists and priests, and those accused of blasphemy receive free legal aid. According to the American organization USCIRF, each year around 700 Pakistani women – about 300 Christian and another 400 Hindu – are kidnapped and forced into marriage with a Muslim, and forced to convert to Islam. HFO offers free legal aid to these women in the event that their marriage needs to be annulled.

Helped to a new life

Those who have been acquitted of being accused of blasphemy and women who have had their forced marriages annulled often must find another place to live and a new livelihood. HFO helps these people start a small business by offering them such things as free sewing courses or buying them a rickshaw (a three-wheeled taxi).

HFO also does advocacy work. After a terrorist attack has occurred on the Christian community the relationship between Christians and Muslims can be very tense. “In certain periods we have worked intensely with building dialogue [between the two communities] and have succeeded many times in calming down the situation. We regularly organize religious dialogues between priests and imams, and also translated a brochure that teaches that religious freedom is a basic human right.

“Are people willing to accept this message?”

“It varies. We are in contact with many religious leaders and are seeing some progress and an increase in understanding. Knowing what the other religion believes helps to build against prejudice,” says Haavet.

“What can we who are living in Norway do to ease the burden of these people?”

“Those of us who believe in the power of prayer can pray. We can also support the work financially, since giving free legal aid can be very costly. We can also send letters of appeal to those who have decision-making authority. We can keep ourselves informed on the situation. And we can work in our own communities and try to influence our politicians,” says the film maker. 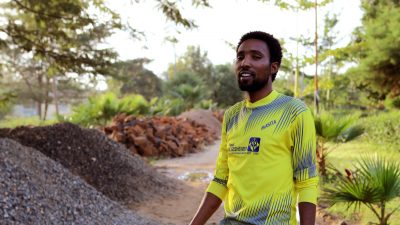