Throughout human history we have ruthlessly pursued material wealth and what has been perceived as a more comfortable lifestyle. The pace of this development has exploded since the Industrial Revolution began in Great Britain at the end of the eighteenth century. Factories and public infrastructure have developed at an enormous rate, leading to a tremendous release of greenhouse gases. Ever-increasing use of the automobile and the emergence of cheap air travel have worked only to worsen the amount of carbon dioxide released into the atmosphere. Rainforests are being destroyed at an alarming rate and the oceans are deluged with plastic, causing untold suffering for the creatures that live in them. We are only doing ourselves harm, since we are in essence polluting our own food supply.

Numbers from the Central Bureau of Statistics reveal that every Norwegian generated 439 kilos of garbage in 2015 – double the amount in 1992. On top of this our consumption of electronic articles has skyrocketed. Not only do smartphones contain a number of toxic elements, a total of 75 kilos of waste is generated during the production of each one of them! Yet the average Norwegian still buys a new smartphone every other year.

At the end of the nineteenth century there were an estimated 1.6 billion people in the world. By the year 2000 world population had increased to around six billion, and it is predicted that this will increase to nine billion by 2050. The cause of this increase is due in part by better health services and higher living standards, meaning that industrial development does have its benefits. Our over-consumption has nonetheless brought enormous challenges upon us, as we push our planet almost beyond what it can endure by demanding that it delivers its resources to an ever-increasing number of people.

The ten percent richest segment of the world’s population emits 50% of all carbon dioxide, while the poorest 50% emits only 10% according to the article “Another Way of Thinking: Religion, values and climate change” by Henrik Grape. The periodical “Climate Justice” states that Norway is responsible for 1.5% of all global emissions, ranking it quite high considering that it only has 5.2 million people of a world population of 7.5 billion.

Global warming is leading to extreme weather patterns, resulting in flooding in some of the world’s most populated areas and drought in developing nations in the south – areas that are already hard pressed on the grounds of challenging climatic conditions. Climate change tends to hit the world’s poorest people hardest, people without insurance or a social welfare system that offers assistance when catastrophe hits. This is why the American president’s withdrawal of the United States from the Paris Agreement is so vexing. Environmental damage is a result of the economic growth seen in the world’s richest nations; when these nations distance themselves from their share of the responsibility for the problem, they hand over the bill and the consequences of the problem to the world’s poorest.

A number of months ago Digni visited a project operated by the Salvation Army on Uganda’s Mount Elgon. Uganda is an overpopulated nation, yet it takes very seriously the consequences of global warming. The project is in full swing with promoting environmental agriculture. The project has offered a biogas alternative to families that can afford to install electricity in their homes. Cow dung is gathered in a tank, which produces just enough biogas to heat up a gas oven with two stovetop burners and a bare light bulb hanging from the ceiling. It is admirable that impoverished Ugandans choose an environmentally friendly solution, yet it is also slightly embarrassing that a developing nation like Uganda takes on responsibility for the environment more than we do….

It does us well when we choose to live a simpler life when we actually have the means not to do so. The way we live communicates something deep, something about what we truly think about our fellow human beings and the nature around us. Most of us in the West are living in a glass house when we criticize the Western exploitation of natural resources – and we must truly protest these alarming trends on behalf of the environment. As we ‘fill the earth and subdue it’ we must do so with respect for sustainability so that we do not cause either people or animals to suffer. 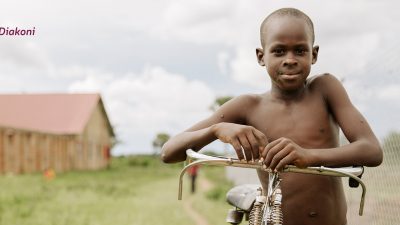 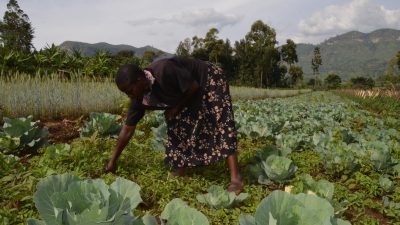