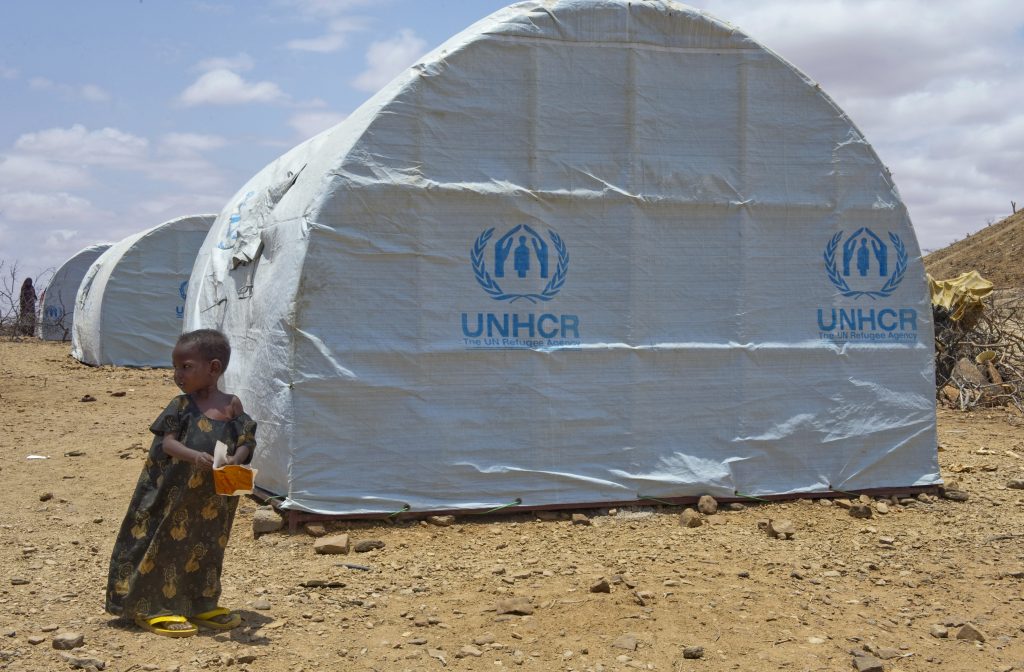 We know that a number of migrants trying to enter Europe are being sold as slaves by human smugglers. CNN recently succeeded in filming such an auction just outside Libya’s capital Tripoli. People who flee because of war, conflict, environmental disaster, political oppression or lack of economic opportunity pay dearly to be smuggled to Europe, only to experience a total disrespect of human life and health along the way. Tireless attempts at hindering people from embarking on the dangerous journey toward Europe have often only worked to worsen the situation for these people. One thing is certain: Opening up our European borders as a response to the drownings in the Mediterranean has only made this escape route more attractive to refugees, strengthened criminal networks and increased human suffering. Compassion is a noble human trait, but it must be expressed through constructive channels so that those who need help most receive it.

When war breaks out in a country, the UN establishes refugee camps so that those fleeing their homes have a safe place to come to. Though refugees have their basic needs met, there are no real opportunities afforded them inside the camps to begin a new life since there is no way to cultivate fields or find work inside the camps. Many people wait until it is safe enough to return to their homes; during prolonged conflict, however, the UN High Commission for Refugees (UNHCR) tries to find countries who are willing to accept refugees, offer them protection and help them start a new life outside of their home country. It is this group of refugees that are referred to as quota refugees. Their cases are evaluated while they live in the refugee camp, and it is therefore safe to assume that those accepted as quota refugees have a legitimate need for protection. After they are assigned a recipient country they safely travel by airplane and are welcomed by a system in their new country that is ready to receive them.

The UNHCR is constantly appealing to Western nations to commit to receiving more refugees through the UN system. Unfortunately, the number of refugees each Western nation commits to nowhere near meets the enormous need of refugees. According to statistics from the Norwegian Directorate of Immigration, Norway received 1286 quota refugees in 2014, 2383 in 2015, and 3291 in 2016. The number for 2016 was the largest number ever received by Norway. In comparison, the number of asylum seekers that made their own way to Norway was around 31,000 in 2015 and around 10,000 the year before that.

The Liberal Party of Norway (Venstre) recently stood in front of the media and pleaded for an increase in the number of quota refugees that could enter Norway, since the quota system is seen as the most just of all refugee policies. Yet the Liberal Party has done so without detailing what they think the number should be increased to, nor have any of the other parties who have committed to increase the number of quota refugees – the Christian Democratic Party (KrF), the Red Party (Rødt) and the Socialist Left Party (SV). Both the Labor Party (Arbeiderpartiet) and the Conservative Party (Høyre) have stated that it is right to help refugees who come through the UN system with a confirmed need for protection. So why do the numbers still remain so low? Much has been said about the ‘Refugee Settlement’ that was approved by a large majority in the Norwegian Parliament on the 10th of June 2015. It was decided then that Norway would receive as many as 8000 quota refugees from Syria in the period between 2015 and 2017.

Norway is planning on receiving slightly more than a thousand quota refugees in 2018. Of course, Norway can’t help everyone, but we should be able to assist in assuring that those who are hit hardest during a conflict – single women, the sick, children, torture victims and the persecuted – are assured of receiving a safe passage instead of having to lay their lives in the hands of criminal networks.