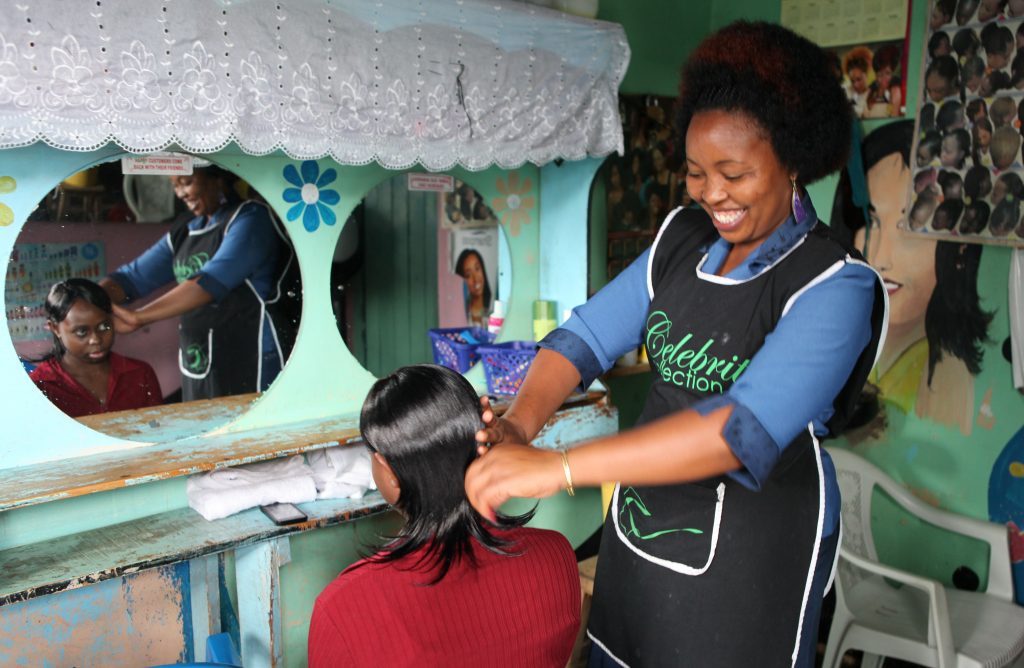 Working in areas of the world with tremendous poverty and social needs, we can easily despair over how much people have to suffer. Many people are engaged in a lifelong battle for survival, and a battle against political oppression.

There are many examples of people feeling powerless in today’s society. In the recent Kenyan national elections, people living in Kibera, a slum area in Nairobi, have desperately turned against each other because of corruption and the increasing chasm separating the rich from the poor. We see how the Rohingya people are fleeing Myanmar due to oppression and violence. We are witnessing a new chapter in American history as African Americans rise up again to fight against structural oppression and police brutality. The persecution and discrimination of religious minorities is increasing in many places in the world – even in Europe. According to the UNHCR, the United Nation’s high commission on refugees, there are now 17 million refugees fleeing war and oppression, and another 43 million people who are fleeing from such things as the lack of economic opportunities in their homelands.

One common denominator in many of these situations is a lack of influence over one’s own life; another is discriminating power relationships.  Some aspects of development work have only added to this feeling of powerlessness, because people have become dependent on the helping hand of foreigners. In recent years development organizations have taken a strong stand against practices that maintain this feeling of helplessness. Yet in the midst of humanitarian crises – when people have been driven from their homes, jobs and fields – development organizations have no choice but to hand out food and other necessities so that people can survive. It is of course right and important that this kind of work is done; however, in terms of long-term development work, we have to make ourselves redundant in these types of emergency measures. By working through human rights-based initiatives, we now seek to help those who sit in their own driver’s seat, actively working to secure their own rights.

An important term in modern development work is empowerment. Empowerment is about people having power and control over their own lives, that the fight against oppression is something that originates in each person. For example, one of Digni’s member organizations has organized women’s groups, where women share with each other about their own experiences with domestic violence, or how they feel about not being able to own their own land simply because they are female. Through this kind of group cohesion and identity, and by influencing government authorities, progress is being made on these issues. In Swaziland, there are now many more women owning their own land, thanks to a project operated by the Free Evangelical Fellowship. Parent associations in Mongolia are fighting against abuse and neglect in boarding schools, while civil society in Uganda is actively fighting against the destruction of the environment that in turn leads to greater natural disasters. Through these projects we see that people living in poverty are willing and able to fight for their own rights, when others are able to facilitate them in this.

The United Nation’s Sustainable Development Goals (SDG) are an attempt to define what must happen for people to live a dignified life. Seventeen goals were arrived at through a deliberative process involving the participation of all 193 member nations of the United Nations. The SDGs include quality healthcare and education, pure energy sources, equality, peace and reconciliation, and the right to have adequate work. With such backing from so many nations, the SDGs are a powerful instrument in the fight against poverty.

Digni has projects that work to influence the policy of specific governments, and we know that these governments have definitely committed themselves to the same goals that Digni is committed to. This builds hope: by moving in the same direction, we can help people leave a life of indignity and come into a life of dignity.

And, though the world community has taken an important step in the fight against poverty through the Sustainable Development Goals, we must never forget that the true expert in what it means to live a dignified life is each and every person that Digni desires to help.

The West – better than the rest?
40 participants from 4 countries